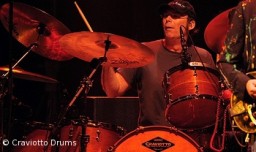 December 30, 2013
As the 2013 year comes to an end, Chad Cromwell has added over 20 new records to his already long and prestigious credit list.
In 2013, he contributed his acclaimed drum skills to the likes such as Lady Antebellum (multi Grammy Winner), The Beach Boys (one of the most critically acclaimed and commercially successful bands of all time), Emmylou Harris (winner of 13 Grammys), Garth Brooks (one of the world's best-selling artists of all time with more than 150 million albums sold), Willie Nelson (US country music legend), LeAnn Rimes (2 times Grammy Winner), amongst several other artists of international fame.
To see Cromwell´s credit history at allmusic click here.
Tweet