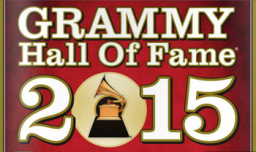 February 01, 2015
Bob Dylan´s album “Blood on the Tracks”, with Billy Peterson on bass, is among the 2015 GRAMMY Hall of Fame inductees, selected due to its significance for musical, social, and cultural history.

This year there are 14 songs and 13 albums added, besides the legendary Bob Dylan classic, the list ranges from “Autobahn” by Kraftwerk over Lou Reed's controversial hit "Walk On The Wild Side" to ABBA's "Dancing Queen" or Alice Cooper's "School's Out."

The Grammy Hall of Fame´s ambition is to preserve and celebrate timeless recordings; this latest induction round continues to highlight diversity and recording excellence, and acknowledges both singles and album recordings of all genres at least 25 years old that exhibit qualitative or historical significance.

The induction is celebrated at the 57th Annual GRAMMY Awards on Feb. 8, 2015. The entire inducted catalog, now totaling to 987 titles, is on display at the GRAMMY Museum at L.A. LIVE.