Billy Preston, the 5th Beatle
You are here: Home News Current The Soul Man will be inducted in Georgia Music Hall of Fame 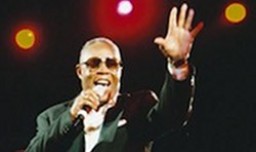