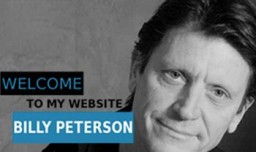 August 28, 2013
Megabien Entertainment is proud to announce the launch of the new official website of Billy Peterson.

Billy Peterson is among the premier bass players in the world, as well as being a successful producer, arranger and composer, having worked with greats such as Leo Kottke, Bob Dylan, Pete Seeger, Billy Preston, Les Paul, Neil Young, Bryan Adams, Carlos Santana just to name a few. The member of the famous Minneapolis family of musicians "The Peterson Family" is also a member of the Steve Miller Band for 23 years. 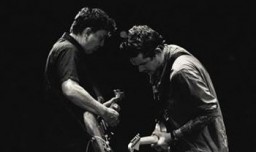 Highly-regarded guitarist Doug Pettibone once again forms part of the touring band of seven-time Grammy Award-winning singer, songwriter and musician John Mayer. This is Mayor´s first U.S. tour in three years (after he had to cancel last year´s tour) that started on July 4th, 2013 and is going all the way into October. The tour is stopping in several US states, as well as in Canada and Argentina and is leading into Mayer´s upcoming sixth album "Paradise Valley" due out August 20th.
Doug´s brilliant guitar solos are an integral, highly-expected part of every show, and it became a highlight to close the show with a guitar duo of Mayer and Pettibone. You can see Doug live with John Mayer on the David Letterman Show on August 19th. 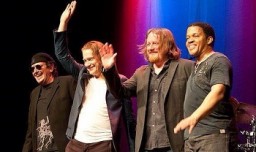 May 20, 2013
Keyboardist Ricky Peterson is currently on the road with Robben Ford on his "Bringing It Back Home Tour 2013".
The great American blues, jazz and rock guitarist Ford was a member of the L.A. Express and has collaborated with Miles Davis, Joni Mitchell, George Harrison and KISS and was named one of the "100 Greatest Guitarists of the 20th Century" by Musician magazine.
After a month of touring in Europe, the tour is now finishing up in Japan and Seoul, Korea.
Written by Megabien

An all-star cast of artists performed at the White House to honor the Memphis Soul music. The concert was hosted by President Obama himself as part of the so called "In Performance at the White House" series, where musical legends and contemporary major artists are invited to perform concerts which are later on shown to American service men, women and civilians at US Department of Defense locations around the globe.

This concert is broadcast on April 16th at 8.00 pm ET on PBS nationwide.