Billy Preston, the 5th Beatle
You are here: Home Episodes 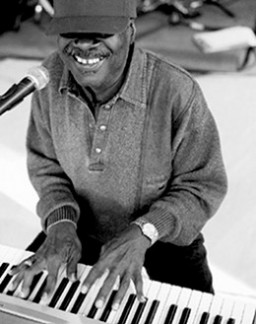 Billy Preston, also well known as the fifth Beatle, had just wrapped up a tour with Eric Clapton before he came to the South of France. So he still was a bit tired, but it didn’t take him long to fell in love with the island of Porquerolles.

Billy was accompanied by his manager Joyce Moore, and her spouse Sam Moore (from Sam & Dave), who is one of Billy’s best friends and also guest artist of a previous Legends rock episode. All three arrived a few days prior to production to relax and enjoy the beautiful place and the traditional “Legends Rock hospitality”. It didn’t take long for Billy to start jamming with That Band and try out the local restaurants.

On a warm and sunny day the whole team went on a boat trip with Billy Preston to explore the neighboring island of Port-Cros. They went shopping in the boutiques and spent some time at the local “bar du port”. On the way home, Billy was on the helm of the vessel and steered the crew safely back to the island of Porquerolles, he was enjoying this so much.

Then a spontaneous concert was held in a natural setting just next to the domain “Le Langoustier”. So the production team was challenged to setup the complete production equipment in a short time frame and the clients of the hotel were delighted to get a free, outstanding concert. You could hear people say: “Unbelievable! Billy Preston plays here? Just like that?” The show really was unbelievable. The sun was setting in the background, reflecting onto the sea and casting a golden glow onto That Band as the they warmed up with a few tunes. Then Billy Preston started with his famous “Outta Space”, followed by “Get Back” and Sam Moore hopped up to join Doug Pettibone on background vocals ... What a concert!!! The show came down as fast as it went up, and everyone returned to the other side of the island, back to the Domaine de la Courtade to continue the production.

The next day, Billy Preston, the cats of That Band and Chef Laurent were sitting in their favorite place at La Courtade: the kitchen … . “The Beatles, you were the fifth Beatle, man…” asked host Ricky Peterson. “Yeah, but I was the black one” answered Billy. After a rumble of laughter, Billy told them the story of how he first met the Beatles in the “Star Club” of Hamburg, Germany.

Then it was time for Billy Preston’s concert. He performed all his greatest hits such as “Round in Circles”, “Nothing from Nothing”, “You are so Beautiful” and and and ... . Oh man, Billy Preston rocked the house! He then played a solo, “Amazing Grace”, on the B3. Everyone in the audience, the band, the production team, friends and neighbors from the island ... everyone felt that something extraordinary happened, Billy Preston, the black Beatle, played from his heart … a very emotional moment. And Billy Preston left Porquerolles knowing that he has made new friends in the south of France….

Preston began playing piano at the age of three, by the age of ten, Preston was playing organ onstage backing several gospel singers such as Mahalia Jackson, James Cleveland and Andrae Crouch, at the age of twelve he was on stage with Nat King Cole, and the story went on ... .

First he became famous as a session musician with artists including Little Richard, Sam Cooke, Ray Charles and the Beatles, later he was also successful as a solo artist with hit singles such as "Outa-Space", "Space Race" (#2), "Will It Go Round in Circles" (#1) or "Nothing from Nothing" (#1). He also counts a string of albums and guest appearances with Eric Clapton, the Red Hot Chili Peppers, Rolling Stones, Joe Cocker, Elton John, Peter Frampton, J. J. Cale, Norah Jones, and many others.

Alongside Tony Sheridan, Billy Preston was the only other musician to be credited on a Beatles recording: the artists on the number-one hit "Get Back" are given as "The Beatles with Billy Preston". Stephen Stills asked Preston if he could use Preston's phrase "if you can't be with the one you love, love the one you're with" and created the hit song.