Billy Preston, the 5th Beatle
You are here: Home The Show 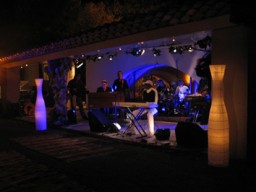 Legends Rock is an international entertainment TV show and concert series, produced on the beautiful island of Porquerolles in the Mediterranean Sea in the South of France. Each episode features an internationally renowned guest artist, who is introduced by the show's host.

Host Ricky Peterson, who himself is a renowned musician, introduces guest artists and band members, and  leads us through this unique, cheerful show with interviews, intimate conversations, and, of course, exclusive, jam sessions, rehearsals and not to forget live concerts. He also gives us an insight into the location, its history, its people and the culture of the region. 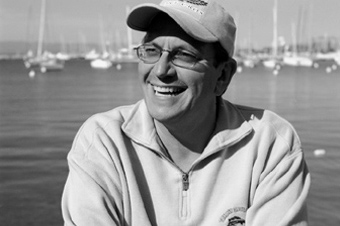 Ricky Peterson is a renowned musician, composer, singer & songwriter, with a natural entertaining talent and he knows what it takes to make people feel confortable on and off stage. Ricky Peterson played with everybody, ranging from Prince, John Mayer, Steve Miller, Chaka Khan, George Benson, Sergio Mendez, Stevie Nicks to saxophone legend David Sanborn, amongst many others. His internationally recognized talent covers jazz, rock and R&B. More information about him under That Band. 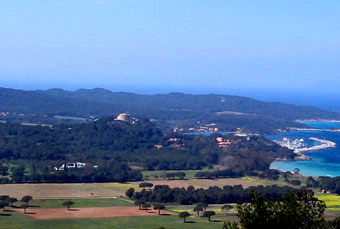 The island "Ile de Porquerolles" in the Mediterranean Sea offered a perfect surrounding to host this unique, international television show. Many of the scenes have been produced at the private property named "Domaine de la Courtade", one of the three vinyards on the island, but we also get to know several scenic spots around the island. The beautiful, natural beauty of the site, the beaches and the small village inspired the whole team.

The production was made in the off-season period where the weather is already or still warm and not many tourists are on the island; everything is calme and peaceful ... . Musicians and guest artists enjoyed to explore the island with its people, nature, culture and cuisine,  but they also enjoyed the ideal environment of the Domain de la Courtade with its 100 hectars of vineyards, beaches and forest. In summer the crickets sing to their hearts content ... reminding you that you are en Provence and not in a tropical island at the other end of the earth.

Nature preserved   In 1971, the state bought 4/5 of the island, thus protecting it from any unsightly housing or hotel developments. The style and architecture of the existing houses blend harmoniously with the natural beauty of the site. Linked to the Parc National de Port-Cros (although still lacking a formal statute), Porquerolles is a site where the land is protected, cultivated, replanted and studied, thanks to the Conservatoire Botanique and to the Parc National de Port Cros. Their plantations are difficult to miss.

The village   As soon as you arrive at the port, you will be captivated by the island. Behind the boats tied up to the quay, the first houses can be seen, surrounded by lush vegetation. After leaving the port you will arrive in the small village with its large square and beautiful church, a cluster of shops, several cafes and restaurants where you can eat outside.

Beautiful countryside   To discover the rest of the island you can choose between several delightful routes:
* In the north, three superb beaches offer fine sand and the coast here slopes gently down to sea which is exceptionally clear.
* In the south, vertical cliffs rise out of the sea, from this steep relief, you can see a series of calanques, rocky points, gorges, headlands and hills. You can admire this wild and majestic landscape from the lighthouse where there is a 360° view of the island and the sea ... it's breathtaking!
* In the interior, there is a mosaic of vineyards, olive trees and fruit trees of all variety ... lemons, oranges and mandarins. The paths are bordered by pines, eucalyptus and numerous plantations, courtesy of the Conservatoire Botanique. Most of the paths are shaded, sheltering visitors from the "coups de chaud". In spring the flowering scrub, with its myrtles and heather, transfoms the island into a huge fragrant bouquet of flowers. In autumn, the pine forest's offer different shades of green mix with the white flowers and red fruit of the strawberry trees.
Tweet